Licosha — I remembered the first time I know Markdown was like 5 years ago. It was when I used Grav as Content Management System (CMS) for one of my blog where Markdown is the default markup language for writing page/post on Grav. 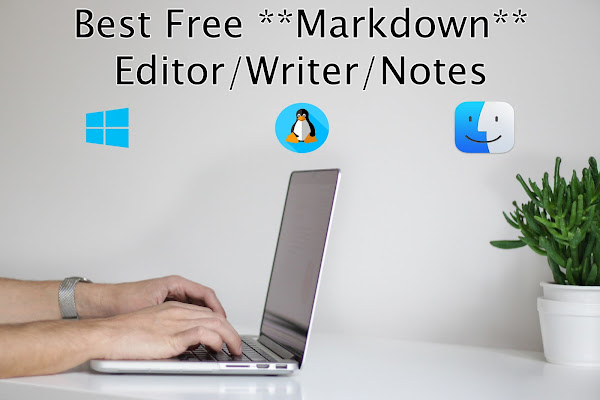 I personally loves to use Markdown because its simple syntaxes and made writing fun because I can leave entirely (or most of) HTML codes so I can focus more on writing the content, it’s like: “Hey, you are an author right now, not a web programmer”.

And because I can’t seem to leave Markdown including when writing articles on my Windows laptop, here it is the 9+ best Markdown editors/writers/notes list I have compiled based on my own preferences in which all of them can be downloaded and installed for free of charge! 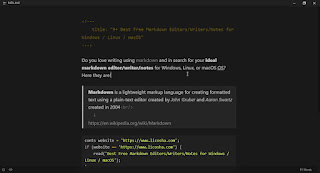 Typora so far is still the best Markdown writer program I can find on Windows and I still use it a lot for writing articles on my Windows laptop.

Nice user interface, customizable, and lot’s of “extra features” to makes writing more fun and easier is what made me still pick Typora as the best Markdown editor for Windows, Linux, or macOS.

Not only just a Markdown editor, Typora is also a WYSIWYG writer at same time. On the default mode, Typora will render all Markdown and HTML codes into what we will see normally on a web page meanwhile Source Code mode is the one if you are prefer directly Write using the syntax highlighted raw text of HTML Markdown itself.

Unfortunately, the free version of Typora is ended now with the last beta version of it being released. But don’t worry, I still have my personal backup of Typora free beta version you can download and install below (Windows 64-bit only) else you can head to Typora website to purchase the paid latest version of it. 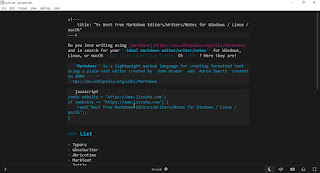 Ghostwriter is another choice for many as preferred Markdown editor program for Windows or Linux users. It is clearly one of popular writing Windows / Linux program we can get with over ⭐️ 3.4k stars on GitHub . 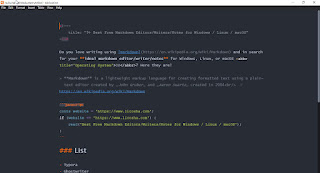 On the next entry we have another well known Markdown editor program for Windows / Linux / macOS with over ⭐️ 2.4k stars on GitHub, it is Abricotine. I also still use Abricotine sometimes to replace the Ghostwriter when writing blog post on my Windows laptop.

If I can summarized it, Abricotine is like a hybrid product from Typora and Ghostwriter. Abricotine is a raw Markdown editor with syntax highlighting just like Ghostwriter, but is is also could live render some elements like image, iframe, math, etc. 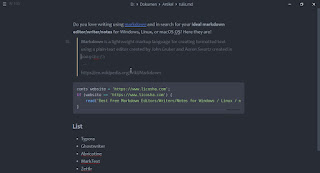 Elegant may be, but simply simple may not. MarkText is a serious contender to Typora, a WYSIWYG writer app and a raw Markdown editor with syntax highlighting at same time with extended features to makes writing easier.

Although MarkText is not as much as Typora in term of customizations so far, but being an open source project clearly an advantage that MarkText may will evolve more and more in the future surpassing Typora as the best Markdown writer/editor program on Windows, Linux, or macOS. 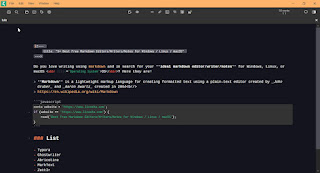 Zettlr is one of quite popular Markdown editor program you can get for free on Windows / Linux / macOS with currently ⭐️ 7k stars gained on GitHub, stated itself as a tool to make professional texts easy and motivating.

Zettlr is more or less similar to Abricotine on the writing environment, a raw Markdown editor with syntax highlighting with some elements like link, image, iframe, etc. could be rendered live on the fly.

Although the user interface seems unappealing at first glance, Zettlr may be your dream Markdown editor for Windows after you get the hang of it. The project on GitHub also still actively developed means Zettlr still could evolve in the future. 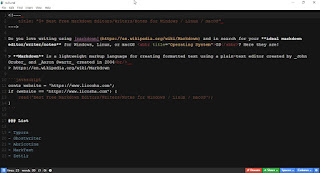 Haroopad is one of the long standing Markdown editor or, Markdown enabled document processor for creating web friendly documents if quoted from the website, available for free for Windows, Linux, or macOS.

Haroopad suit everybody whether you are just using Markdown for writing or want to seek more beyond Markdown editing. Haroopad user interface is also neat and provide ease especially for people who are new to Markdown. 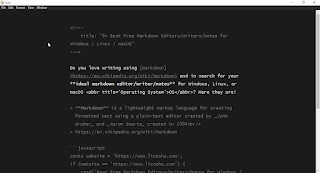 Sometimes too much features or flashy user interface just distract us from what really matters: Writing, and then PanWriter might be the Markdown editor for you.

Markdown was made to simplified things, formatting texts using simple syntaxes so it can be easily converted to other document formats. On PanWriter you will get it, no toolbar, no distraction, there is only you and the texts.

However when this post was first published (as of April 2022), PanWriter is still relatively new compared to other Markdown editors on our best free Markdown editor/writer/notes programs for Windows / Linux / macOS list. So, who knows what will PanWriter become in the future. 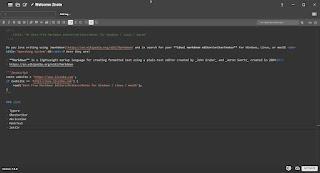 Quoted from the official website, Znote is a markdown editor inspired by Jupyter notebook. Znote is you best companion in prototyping and centralizing your scripts.

Znote might be a little bit overwhelming for people who are new to Markdown because how the program designed. However, Znote might be a powerful tool once we get the gist of how the feature works for creating advanced document on our Windows / Linux / macOS.

Znote is a notebook focused Markdown editor available for free on Windows, Linux, or macOS though the Dev mode of Znote that contains more advanced features is an optional paid feature. 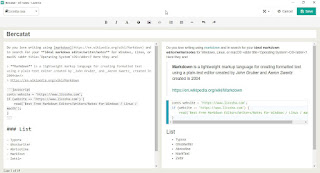 Now on the last entry on our best free Markdown editor/writer/notes program for Windows, Linux, or macOS is Laverna. Laverna which got more than ⭐️ 8k stars on GitHub, is actually not a full fledged Markdown editor, but rather a notebook app with Markdown enabled text formatting.

Quoted from the official website, Laverna is a note-taking with Markdown editor app programmed using JavaScript, and encryption to secure your saved notes on your Windows / Linux / macOS device. Consider Laverna as an alternative open source to the famous Evernote.

However when this post was first written (as of April 2022), Laverna development seems had stagnant. You may want to also check Encryptic, an encryption-focus open source note-taking app that is actually based on Laverna.

Now below might not belong specifically into “Markdown editor/writer/notes programs” for Windows, Linux, or macOS either they are not specifically designed for Markdown editing or not a real program that can be installed to our device. However, they might had your dream features to edit or write using Markdown. 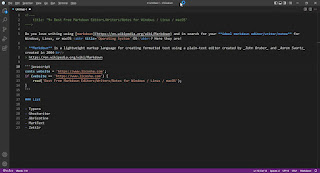 Microsoft Visual Studio Code or simply know as Visual Code is one of the most popular tool for coding for years whether we are new to coding or an expert developer. From many functions, one of the capability Visual Studio has is editing the Markdown.

My favorite Visual Studio extension for Markdown is the “Markdown Extended”. With the extension, there are lots of additional functions can be used for Markdown editing including the support for abbreviation (<abbr title=''></abbr>) syntax support.

Being described as a ‘hackable text editor for the 21st century’, Atom is a text / code editor that now also gaining popularity that is presented by GitHub, so there is no question about the credibility of the project. What I really love about Atom is it’s beautiful user interface.

Not only code editing, Atom also has Markdown editing embedded in the core. Meanwhile the built-in Markdown editing in Atom is good enough (better, if not the same than Visual Studio Code), we can also install from dozens of extension / plugin to extend the Markdown editing features. 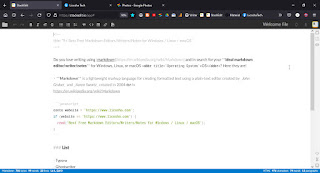 Not a real program that can be installed to our device, StackEdit can be launched and used to edit Markdown document in an instant because it is a web app that can be accessed at https://stackedit.io/app# using your favorite web browser.

Although StackEdit can only be accessed using a web browser by accessing its address, it is one of the progressive web app means after we visited and completely loaded StackEdit for the first time, it will cached the web app to our web browser so we can use StackEdit anytime even without internet connection (offline) to edit our Markdown documents as long as we do not clear our web browser cache and data.

If just StackEdit is a real program that can be installed on my device, it would already be at the second on my list of my ‘Best Free Markdown Editors/Writers/Notes for Windows, Linux, or macOS’ here because how good it is from the features and user interface.