Although there are no official Android GSI yet for Bootleggers, but thanks to the massive community of GSI enthusiasts now one of best Android GSI builder eremitein @Github made a Bootleggers Q GSI named qiDroid.

If you want to know common bugs I usually experienced on different Android GSIs and how to fix it, you can read it on: Common GSI Bugs on ASUS Zenfone Live L2 Android Phone. 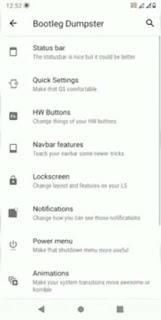 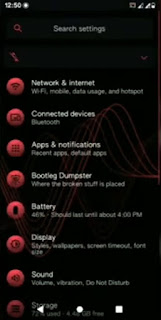 Bootleggers is one of popular custom ROM project know for its unique slogan: Shisufied. Certainly Bootleggers is not just an ordinary custom Android ROM because they have a concept here.

So what is Shishufied exactly? Well, I don’t know either. But from my experience since used the olders Bootleggers Android 8, Android 9 and now Android 10, Shisufied perhaps similar to retro feels.

As Shisufied at its core, Bootleggers ROMs always have preinstalled themes, colors, sounds, etc. to Shisufied our Android device experience.

Other than the Shisufied concept, Bootleggers is just like any other AOSP-based custom ROM that strive for maximum customizations just like Bliss, CrDroid, etc.